Compare
You can only compare 4 properties, any new property added will replace the first one from the comparison. 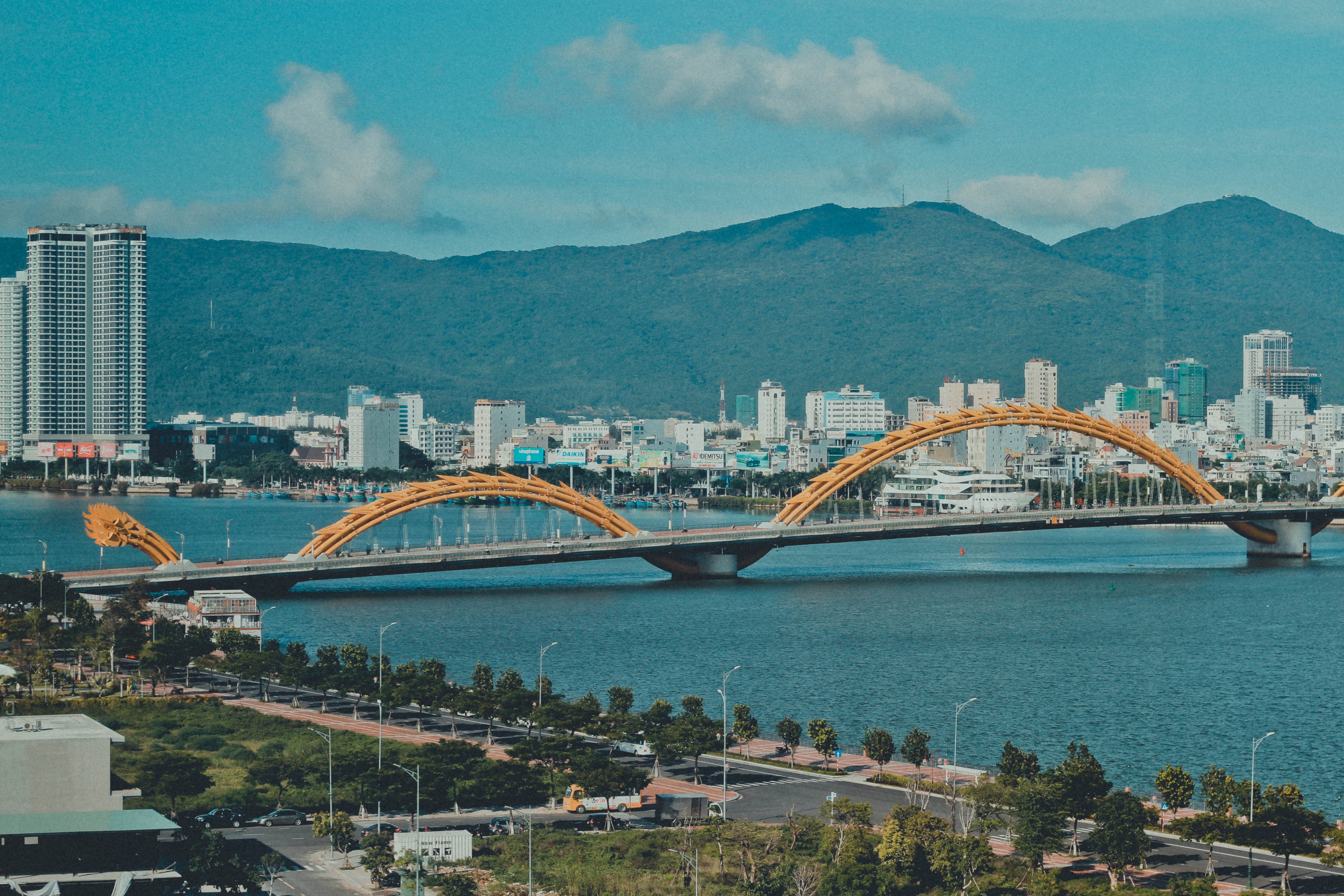 WHO WANTS TO BE A BILLIONAIRE?

This post started brewing in my head after I spoke to a few locals I know, who shared the increases in the value of their land with me. I was floored by the numbers. All of these properties are on the east side–in fact, all of them are in the An Thuong area, which is red-hot in the property market at the moment. Here are the stats, for fun:

And that’s just for the land — the houses cost extra. If you’re an investor, those sorts of numbers make you salivate.

I don’t have the time or the inclination to make a chart from those points, but you can clearly see the astronomical increase in land prices on the east side. I’ve often heard the terms ‘bubble’ and ‘overheating market’ and ‘this is bullshit’ bandied about in conversation. So my curiosity was piqued, and I had to ask the question: is Da Nang going through a property bubble?

The conclusion I’ve come to, after some research, is probably not. Although certain individual components of the market may be overheating, or just foolishly run, overall the market seems sound. It seems, rather than being overvalued now, vast tracts of land were critically undervalued even a few years ago. There are a few reasons why.

In the course of my research, I had the pleasure of sitting down with Mr. Piotr Frieske of Central Vietnam Realty to talk about property prices, and what he sees in the market. Full disclosure: no bribery took place, nor would it be a good investment to bribe me on this blog because I’d just pocket the money and write whatever the hell I wanted anyway, and besides, I have literally dozens of readers (on a good day). But Mr. Frieske is a nice guy, so I’m happy to give him a mention here.

Da Nang is still much cheaper than Saigon or Hanoi for land. Wealthy people in those cities know this and follow property markets, as wealthy people often do. Mr. Frieske and multiple other sources agree that around 60-80% of new land purchases in Da Nang come from wealthy Hanoians, who can sell one plot of land in Hanoi and buy four here for the same amount of money.

But what does that have to do with a bubble, or an overheating market?

Bubbles usually happen when there’s a large degree of leverage — i.e. borrowing — in the market. In this case, most land purchases are entirely cash, or at most are minimally financed. People who own their land outright don’t have to worry about banks banging down their door to get their loans repaid if the market tanks. These property holders can simply sit back and wait for prices to stabilize if there’s a price calamity. After all, what’s really to lose?  There’s no need to sell if you purchase the land with cash.

An important caveat here is that there most certainly are properties and developments here that are financed by debt. How many, I don’t know. I’d love some information on that, so if you have some please send it my way. As always, debt would put those institutions in a more precarious position.

TURN ON THAT TOURISM SPIGOT

Tourism is obviously a huge driving factor of land prices here. It doesn’t take much more than to look around at all the hotels — both currently existing, and under construction — to see what’s anticipated here. Just how many tourists are arriving, you ask? A whopping 1.8 million international travelers visited Da Nang between January and September of 2017, and that number set to increase. Notably, 800,000 of those were Koreans who fly in on any of the 115 weekly flights from Korea to Da Nang. Then there’s the ever-growing number of domestic tourists. Add to that Chinese tourists, the supply of whom is practically infinite, and you’re looking at one massive boom in tourism.

In case you’ve been wondering who the hell is going to live in all the new hotels and condotels being developed, well, there you go.

The condotels can represent a surprisingly clever investment strategy. Imagine this: you purchase a condo in a condotel and are guaranteed returns of 8-10% per year if you let the place out. That’s pretty good, but it’s not any better than the roughly 8% interest rates you get with zero-risk deposits at banks.

Where it starts to make a difference is in the mid-term future. If you imagine that the economy will slow down a bit in the next few years, and interest rates will drop accordingly, you’ll still be earning the contractually guaranteed 8-10% from the condotel while interest rates at banks steadily shrink. This explains part of the popularity of the condotel model — they’re a relatively safe place to park money.

Anecdotally, I was always surprised by just how many studios and serviced apartments were full in Phu My Hung, Saigon, which is basically Koreatown. That sort of living arrangement seems popular with Korean tourists or short-term expats. My guess is that’s who the massive influx of studios and condotels are targeting.

It’s not just tourism. City planners and businessmen have been busy hawking the city to the Koreans and Japanese businesses. Who knows where this could go.

An often-overlooked aspect of the cost of land here is the role of culture. It’s a cultural tradition here for a family to keep land for their sons, and I know people who are holding onto their land for just that reason. One person that stands out owns land that is worth many thousands of times her monthly salary. However, she refuses to sell her land at any price despite numerous offers because she insists on keeping the land for her son.

While many people would view this as foolish intransigence, she views it as her maternal responsibility. Fair play to her — I know I wouldn’t have that sort of discipline. This scenario is probably played out not just in Da Nang but across the country, and is one of the unquantifiable aspects of determining the value of land.

Get this: the United Nations Economic and Social Commission for Asia and the Pacific (UNESCAP) predicts Da Nang’s population to be 2.5 million in 2030. That’s a staggering 150% increase in just over a decade. It’ll take a lot of work to accommodate all those people, but that’s what land and housing is all about. However, there’s much more to a city than just the houses.

The airport is the city’s greatest infrastructure asset for tourism, and they’ve done a pretty good job with it. The airport’s capacity is huge, from 50-80 thousand passengers per day. Just on a personal level, it’s a breeze to get through, though immigration can sometimes be painstakingly slow. It’s infinitely easier to use than Tan Son Nhat airport, for example.

Similarly, anyone who’s lived in Saigon or Hanoi will tell you that transport infrastructure in Da Nang is great by comparison. The roads themselves are good, though the drivers could often use a thump upside the head. Certainly, the roads aren’t perfect, but at least there is a plan. As an aside, among other places, I’ve lived in Austin, Los Angeles, Saigon, and Phnom Penh and let me tell you, driving in Da Nang is a breeze in comparison.

Probably the biggest area Da Nang needs to improve is its wastewater treatment system. It’s not great, and anyone who lives here should count their lucky stars they don’t have to think about it ever day. A very small amount of wastewater from the city ends up in the water treatment plant, which is something that clearly needs improvement. At least they’re making some sort of plan about it.

Of course, nothing is guaranteed, especially in markets that involve speculation — and there certainly is some speculation in the property market here. There is always a chance of a dip in the market. It’s happened before, and it could happen again. In Saigon, for example, the market crash in 2007 dropped the price of apartments so much that they’re just now recovering their 2007 levels. Around five years ago, there was a freeze in the Da Nang property market, when properties traded hands at a glacial pace.

Mr. Frieske said he’s revised his outlook from very optimistic to cautiously optimistic, and says a slow down or freeze in the market is not out of the question. However, due to the fundamentals laid out above, it’s highly unlikely we’ll see a massive downturn in the market, barring catastrophes like war or natural disaster. Given the massive predicted population growth and the concurrent massive growth in tourism, all trends indicate that land prices have nowhere to go but up.

Owning a home is a keystone of wealth… both financial affluence and emotional security.

Compare
You can only compare 4 properties, any new property added will replace the first one from the comparison.